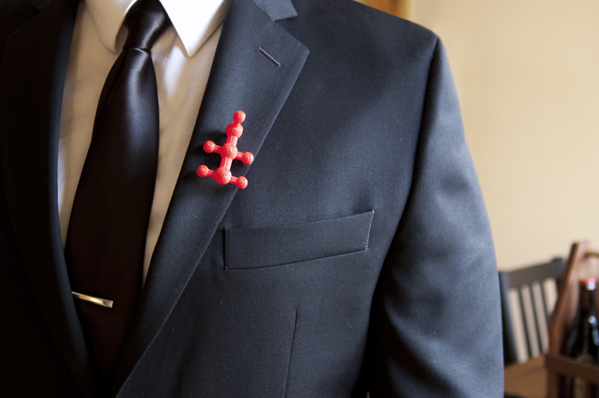 Well I’m doing it, I’m getting married this month. We’ve picked a brewery as our venue and unsurprisingly I’ve decided I want to make as many things myself as possible for the event. One of the things I picked to create was the boutonnieres for myself and my groomsmen.

Since the wedding was at a brewery I thought it would be fun to carry the theme into the boutonnieres and make them look like ethanol molecules. I found a 3D rendering of the molocule on Wikipedia which looked nice enough. After rotating and spacing out the parts so it looked more visually pleasing the only problem was modeling.

I primarily use Google Sketchup for modeling but it’s really not great for organic modeling (or at least I’m not any good at it). I ended up using Tinkercad to model this. It’s a great web based solid modeler that makes creating printable objects a breeze. The model is available on Tinkercad as well as uploaded to Thingiverse (Tinkercad exports directly to Thingiverse, how cool is that?)

I loaded these up on my Makerbot and ran off a batch of 10 boutonnieres. Because I modeled them to print without support material they only took about 15 minutes each to print. The lack of support material also meant there was virtually no clean up needed on the part after printing. After I had my 10 boutonnieres printed I used some superglue to attach pinbacks to each one and they were ready to go! 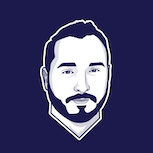