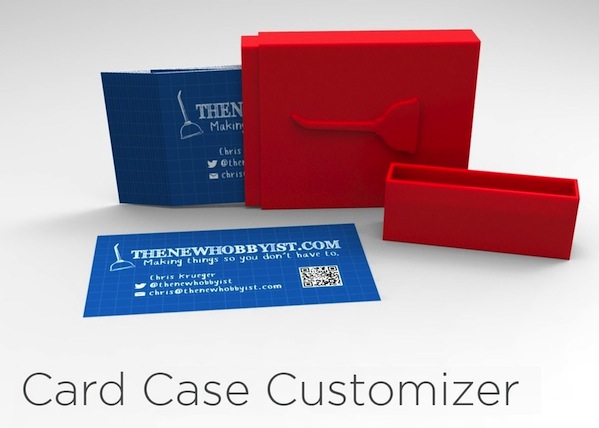 I’ve been really enjoying learning OpenSCAD for the past few months. In fact I wish I hadn’t put it off as long as I did, because once you get going it’s a pretty straight forward but powerful language to learn.

Since I’ve always thought that it’s impossible to learn a language without an application I’ve decided to re-model all the 3D objects that I carry with me daily as OpenSCAD Customizer compatible models. The first of which is the business card holder that phooky designed.

I printed out this business card case back in May of 2011 and it’s been looking and working great ever since. Because it’s held up so nicely I didn’t make many changes to the base design of the box. Instead I added customizable features to it that enhance the form without harming the function. Included in this model is the ability to change the number of cards the container will hold, as well as the type of cards (business or collectable). I also added the ability to emboss custom text on the front or an image using Benjamin’s great “Stencil-o-Matic“. 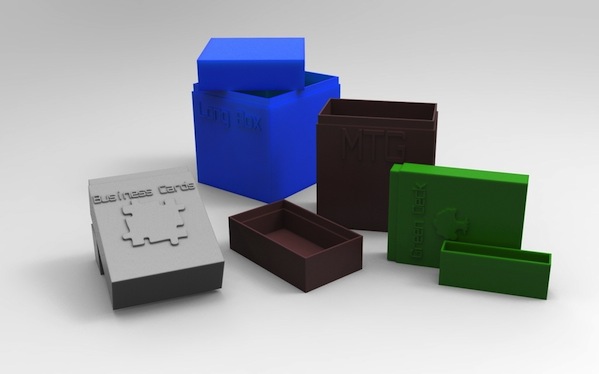 Here’s a link to my Card Case Customizer on Thingiverse

Now that I’ve finished the boxes I think I’ll move on to making my Coin-Op Money Clip more Customizer friendly. I’ll also be posting my current OpenSCAD editor setup and plugins in the near future. Stay tuned.